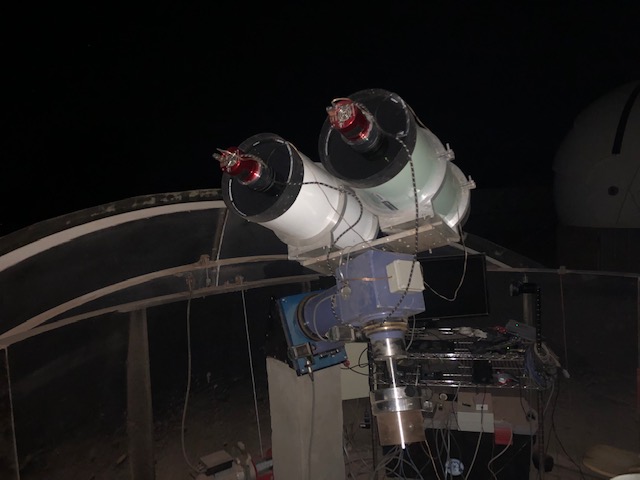 In the last year or so, several new NEO discovery programs have begun observations around the world. One of these is the MAP project based in Chile (Observatory Code W94), and a recent addition to IAWN. MAP (named for the first letter in the last name of each contributor: Maury, Attard, Parrot) has become very successful, finding over 70 NEOs in the last year. The team is headed by Alain Maury , a long-time asteroid discoverer, even with experience finding objects on photographic plates beginning in 1980. Alain also provided the funds to start the observatory, and wrote some of the scripts to automate observing and follow-up. Georges Attard wrote software for image reduction, telescope operation, image examination and contact with the MPC. Daniel Parrot is responsible for providing the Tycho Tracker software that makes the discoveries; several updates have been provided that reduce false detections and speed up the process.

MAP is located in one of the clearest and darkest skies in the world: the Atacama Desert. Coupled with small, wide-field telescopes and the digital synthetic tracking (DST) method of discovery, MAP is able to cover very large areas of sky to limiting magnitudes V ~ 20. Some of their success is due to the relatively limited coverage of the southern hemisphere sky by large survey telescopes. Further, DST allows for very rapidly-moving objects to be detected without a loss of sensitivity because of trailing. The result is that MAP is a formidable discovery program. As of this writing, MAP has just received a Shoemaker Grant from the Planetary Society and additional funds will allow for more telescopes, automation and discoveries.

Keep up the good work down south, MAP!