(Jan 2020) Astronomers often seek to provide units that help them describe a phenomenon or scale in such a way as to communicate across scientific disciplines and to non-expert audiences as well. Consider the distance between the Earth and Sun, or the Astronomical Unit (1 AU = 1.496 × 10^8 km), the Solar Mass (=2 × 10^33 grams), or even the Parsec (3.26 light years, or the distance at which 1 AU subtends 1 arcsecond). How about the light year-the distance light travels in a year (9.46 × 10^15 meters)? 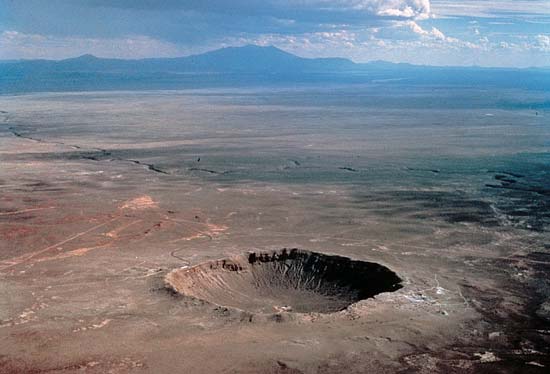 Asteroid scientists are in need of a way of communicating the strength of an asteroid impact that does not provide negative connotations or misrepresent the event. Many impacts are compared with the strength of the atomic bombs dropped by the United States on the Japanese cities of Hiroshima and Nagasaki during World War II. While this may convey the absolute scale of the energy of an impact, it also carries negative sociological connotations. Further, asteroid impacts do not produce any radiation or radioactive fallout or effects, and therefore this comparison could result in scientific misunderstanding of the physics and effects of impacts. With these considerations in mind, we would like to introduce new units for communicating asteroid impact energies.

Further, we would suggest these units be used separately-Chelyabinsk for airbursts, and Barringer for objects that actually impact the surface of the planet. 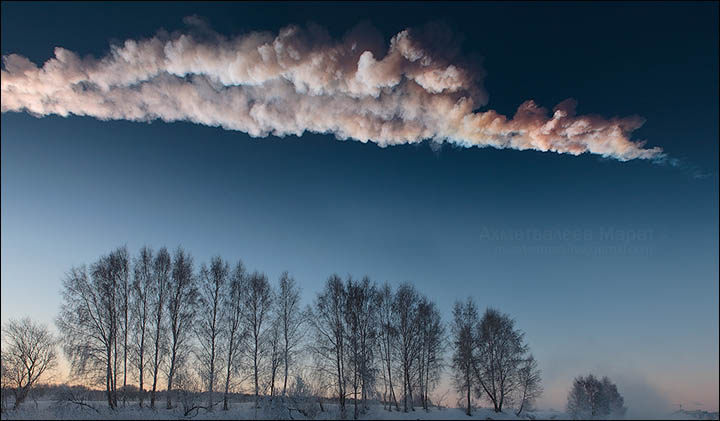 In terms of actual energy, 1 Chelyabinsk = 2 × 10^15 joules and 1 Barringer is around 4 × 10^16 joules. To put this in simpler terms, 1 × 10^16 joules is similar to the power output of a hydroelectric power plant in an entire year! Thus, the impact of the object that produced the Barringer Crater released as much energy in a few seconds as power plants do in a full year. In order to further simplify this relationship, and with understanding that the actual energetic calculations are extremely uncertain, we introduce the ratio Barringer / Chelyabinsk = 20, indicating the Barringer impact was at least 20 times as energetic as Chelyabinsk.

Please note our introduction of these units is not to argue about the actual energy released in these two impacts, but rather to allow standardization of language around impacts using real-world events that do not involve nuclear explosions.

Editor's Note: At recent meetings and open NEO workshops at the end of 2019, there was significant discussion such that the actual scale may change, perhaps substantially, as we go forward, but there was clear consensus for the retirement of weight-units of TNT detonations as a unit of impactor energy.