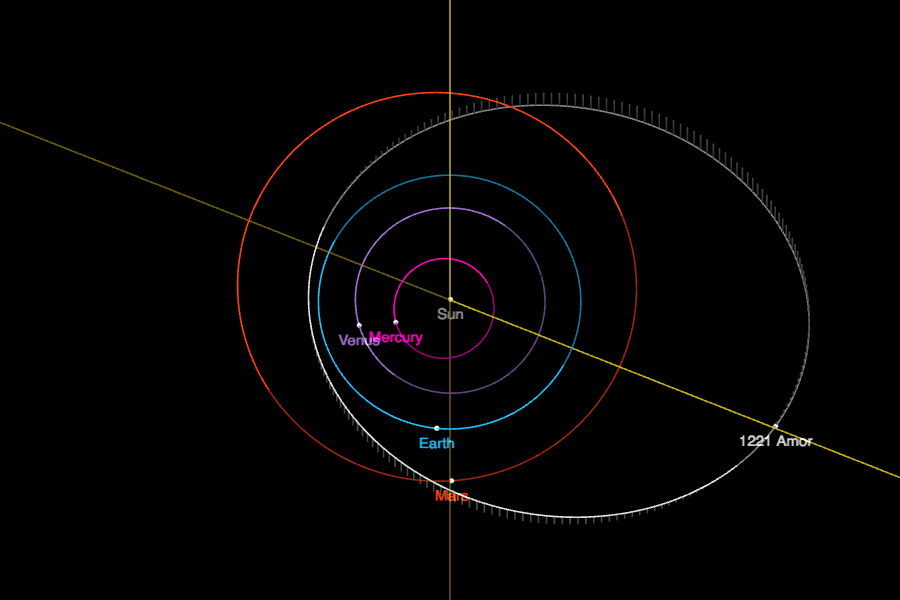 (July 2018) The founding of the International Asteroid Warning Network (IAWN) in 2013 helped bring worldwide attention to the threat, as well as the ability to prevent this threat, that NEOs pose to the Earth. This article is an attempt to provide some background information on NEOs and to hopefully provide the reader with broad general knowledge of the subject. 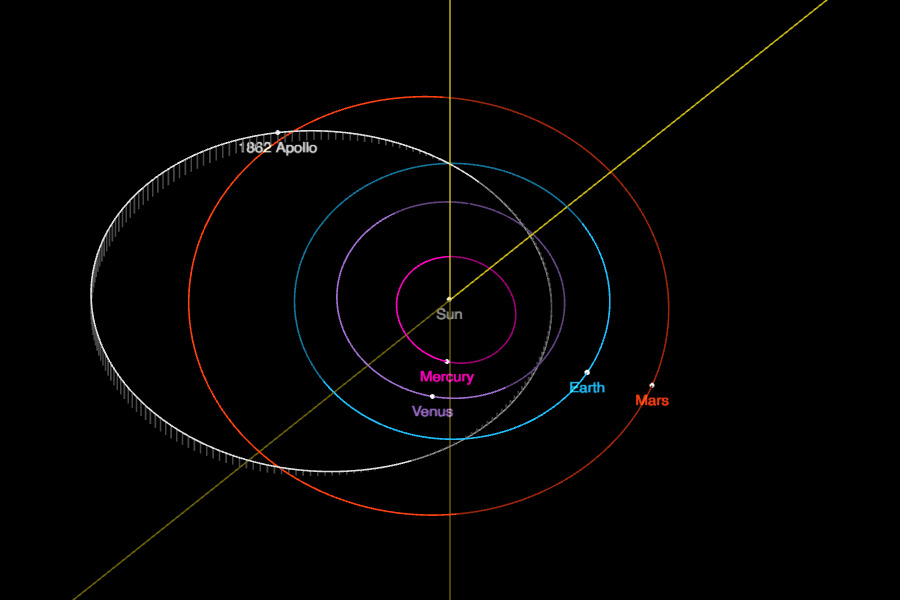 Near Earth Objects or NEOs are either a comets or asteroids that can approach the Earth closely; NEA is used frequently to discuss Near Earth Asteroids. Rather curiously, the field rarely uses NEC or Near Earth Comet. Technically an NEO is an asteroid or comet with perihelion of 1.3 astronomical units or less. Here "perihelion" means the closest point to the sun for the object, and "astronomical unit" or AU refers to the distance between the Earth and Sun, or about 150,000,000 km. For reference, the Moon is around 380,000 km from the Earth. Note by this definition, even the first discovery of an interstellar object (1I 'Oumuamua) is an NEO!

Solar system objects have been known to have the possibility of impacting the Earth for several hundred years. In 1770, a close approach by comet Lexell was noted at the time as worrying (the object passed within about 4 million km of the Earth). There are also several, often fanciful, depictions of asteroids or comets hitting the Earth in artwork from the 1800s. Lastly, meteor showers were known to be associated with comet orbits which also indicated impacts with larger objects, such as the parent comets themselves, could happen. 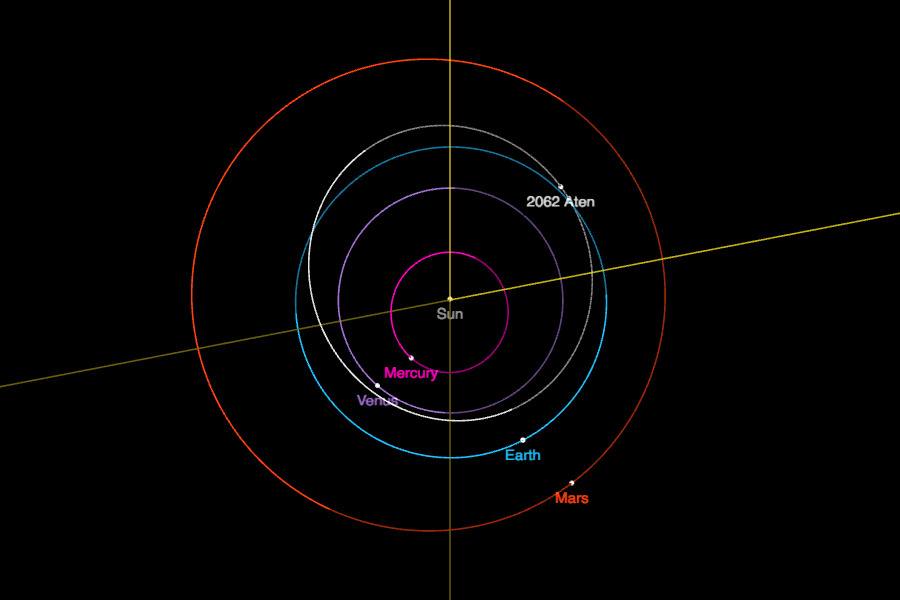 The discovery of (433) Eros in 1898 represented the first NEA; several more followed over the next few decades, but it was not until 1932 with the discovery of (1862) Apollo did we finally locate an asteroid whose orbit crossed that of the Earth. 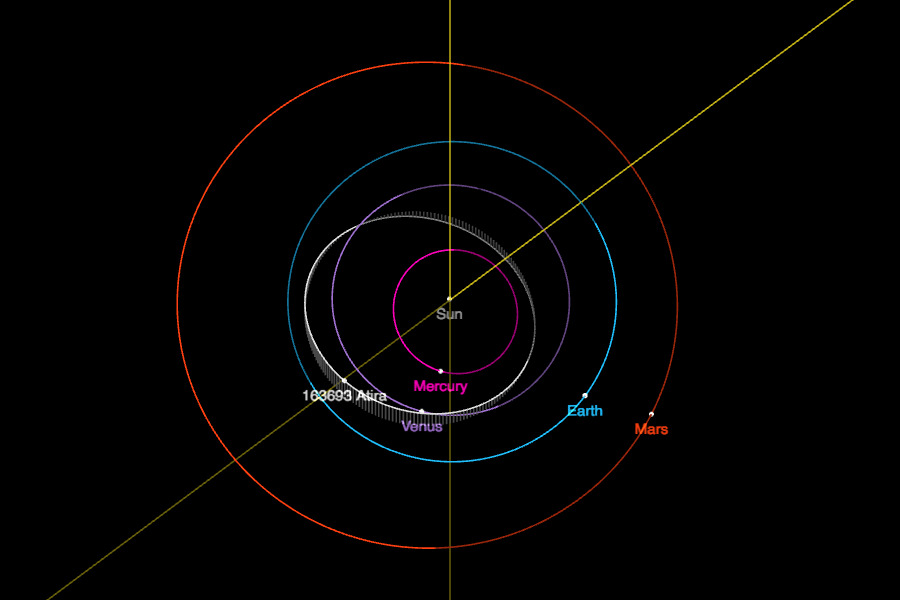 Once NEOs have been observed over a long observational arc, orbits can be computed. Astronomers use a set of 6 numbers - called orbital elements - determined from the orbital solutions, to predict the positions of solar system objects far into the future. These numbers also help us describe the orbits in great detail. Three of these numbers specify the orientation of the orbit, however three others help us with specific descriptors unique to each object. These are the semi-major axis which specifies orbit size, the eccentricity , which specifies how elongated the orbit is, and lastly the inclination, which defines the tilt of the orbital plane of the asteroid with respect to the Earth's orbit. Note also the combination of the eccentricity and semimajor axis tells us how close the object can get to the sun-this is the perihelion distance discussed above.

NEAs come in several classes, each of which is named for the first object of that class discovered (although it is unclear why Amor objects are not called Eros objects, since Eros is technically the first discovery in that class). Atens are objects with perihelion < 1 AU and also semi-major axis < 1 AU. In effect these are objects whose orbits are "smaller" than the Earth. Apollos are objects with semi-major axis > 1 AU but perihelion < 1 AU-generally elongated orbits crossing the Earth from deeper in the asteroid belt. Amor orbits do not intersect the Earth's orbit, rather approach from the outside. Amors have semi-major axes > 1 AU and perihelion > 1 AU. The last category is Atira-these objects have both perihelion and aphelion < 1 AU. They are closer to the Sun than the Earth at all times in their orbit! Most (< 50%) of NEOs are Apollo class objects, followed by about 35% Amors. Atens represent another ~13%, with Atiras and comets rounding out the last few percent.

NEOS are rare in the solar system

The asteroid belt between the orbits of Mars and Jupiter holds millions of objects down to a few hundred meters in size or so. Of these, only a tiny fraction are the NEOs. And of these NEOS, only a smaller fraction yet (20%) are capable of making approaches to the Earth close enough to warrant special attention. This objects are called Potentially Hazardous Objects, and are objects capable of passing less than 7 million kilometers from the Earth. We track these objects carefully, as their orbits vary enough on 100-year timescales to evolve into objects that could impact the Earth.

As of this writing, there are about 780,000 known asteroids, and of these about 19,000 are NEOs. The figures below are various scatter plots of orbital elements for asteroids. The last figure shows a histogram of the perihelion distances-note how few known NEOs there are compared to the routine main-belt asteroids!

For more background information on NEOs, check out these links:

In the near future we will provide more informational posts to discuss NEO discovery methods, more detail on the various orbital classes, as well as some general information on how to deflect objects that might be threats to the Earth.