What is a Potentially Hazardous Object (PHA)?

Near-Earth Object (NEO) astronomers love to place objects in particular categories. We have all kinds of NEOs: Atens, Apollos, Amor and even Atira-type objects (reference earlier article). So what is a 'Potentially Hazardous Object' or PHA? To dig into this, we'll need to go quite a ways back in NEO history, and also dig into a few more acronyms. Astronomers love them. 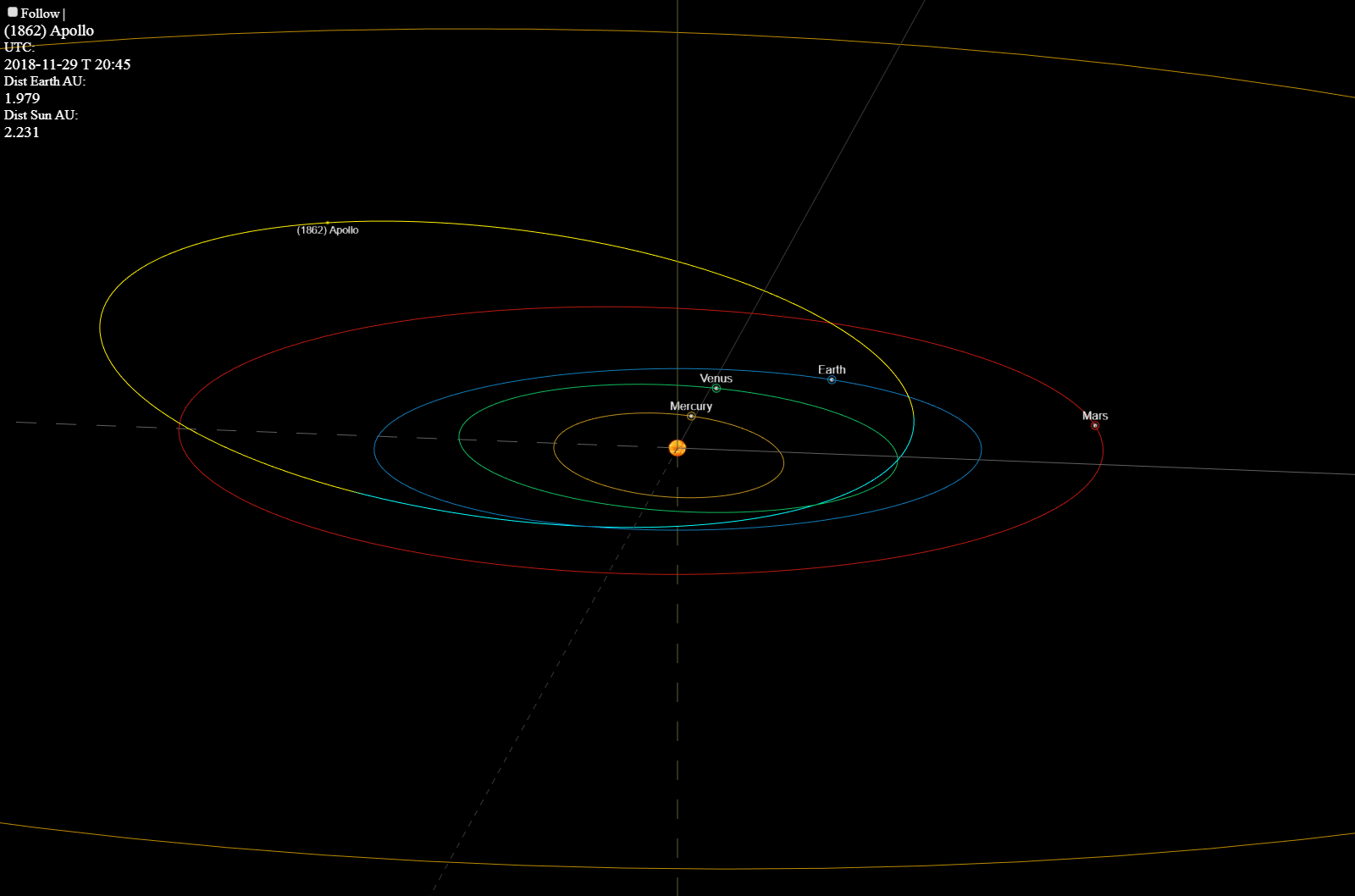 A handful of recent popular press articles have used the term 'potentially hazardous object' or PHA to describe a specific type of NEO. While the name carries with it a bit of sinister connotation, the truth is nearly all objects in this category are not 'hazardous' at all! The term PHA was introduced by past MPC Director Brian Marsden at a United Nations conference (Annals of the New York Academy of Sciences: Volume 822 Near-Earth Objects, The United Nations International Conference (ed. John L. Remo).) in 1995. Brian's goal in doing so was to draw attention to the most important NEOs, and place them at the top of the list of objects requiring additional observations for orbital improvement.

Objects meeting Brian's definition were assumed to be greater than around 150 meters in diameter, and also had Minimum Orbital Intersection Distance (or MOID) with the Earth < 0.05 astronomical units (AU). The MOID is simply a measure of how close two orbits can approach each other. In the case of our definition, Brian wanted to keep track of objects that could come within about 5 million miles of the Earth. The reasoning here was that objects around 100 meters in diameter could cause damage should they hit, and also that orbits evolve slowly over time so those with the closest approaches possible should be carefully monitored. These are also very good candidates for studying what makes up the asteroid population. Accurate orbits help astronomers zero in on such objects when they are close enough, and bright enough, to measure using various arrays of instruments, from radar and the infrared to visual-light and ultraviolet sensitive cameras (the how and why of which will all be discussed in future articles).

Please note, however, that so far the definition does not actually indicate if these objects have possible impacts in the future. This is simply a means of identifying objects that are of sufficient size and capable of making close approaches to the Earth.

The MPC maintains the current list of PHAs, and almost none of these have any chance of impacting the Earth in the next 100 years. Instead, the objects with the highest collision chances tend to be much smaller objects. In fact, a quick check of JPL's Sentry Page or the Pisa risk pages shows < 10 objects of diameters greater than 100 meters with even a remote chance of impacting the Earth in the next few hundred years. Keep in mind these objects all have less than a 1 in a million chance of impacting the Earth, thus while meriting close attention they are not concerning from a hazard perspective. However, their close approaches afford excellent views for astronomers to characterize our solar system neighborhood's population of small bodies. The current list of PHAs has 1935 objects (as of October 14), and with less than 10 of them having possible impacts with the Earth, this hopefully reduces some of the worry when a new press item pops up with NASA announcing the discovery of a new PHA!