While NEO discovery teams are discussed frequently on these pages, astrometric follow-up teams are an essential integral component of the 'N' in IAWN. Without high-quality orbits, future impacts cannot be predicted reliably, and our knowledge of the population of NEOs would be incomplete. Below we discuss several of the more important currently-active astrometric follow-up teams and their strengths. Please note this list is not exhaustive, but rather intended to be informative. Sometimes critical contribution comes not from volume of data but from important, well-timed observations when others are unable to observe.

Most of the main survey teams perform follow-up, either in a targeted fashion (specific fields for individual NEOs that need orbit improvement), or they simply incidentally observe them in the course of routine operation. Currently some of the most productive follow-up teams are actually surveys! This is a logical extension of the strategy practiced by the current teams - covering large areas of sky nightly will necessarily result in incidental detections of many NEOs in need of follow-up. With this in mind, some of the most important follow-up programs are actually Pan-STARRS 1 (F51) and Mount Lemmon Survey (G96). Even ATLAS (T05 and T08) as well as Catalina (703) provide such wide coverage of the sky that they observe most NEOs that rise above about 20th magnitude. This does have the effect of reducing the need for smaller individual telescopes with shallower faint limits. (Note: CSS also has I52 - a dedicated one-meter follow-up telescope.)

Robert Holmes and Tyler Linder of the Astronomical Research Institute provide a high volume of important follow-up for NEOs. They use telescopes in Illinois (H21) and also Chile (807), targeting new NEOs and also those NEOs that have not been observed recently. The ability to observe at magnitudes 22-23 allows ARI's team to focus on objects unlikely to be observed by other programs.

The Spacewatch program, headed by Robert McMillan at the University of Arizona, uses their two telescopes (0.9m and 1.8m) exclusively for follow-up. Spacewatch is the pioneer in digital NEO discovery. These days they concentrate on follow-up of potentially hazardous objects (PHOs) or objects with orbits that can bring them close to the Earth. Spacewatch also targets objects with nonzero collision probabilities. In addition to their own telescopes, the Spacewatch Team occasionally uses other telescopes on Kitt Peak for targeted observations of fainter objects.

Deflef Koschny of the European Space Agency, working with Matthias Busch and others, operate a follow-up program using telescopes in the Canary Islands (code J04). This team specializes in recovering NEOs that have not been observed recently. Their geographic longitude also adds to the utility of this program by providing observations several hours before or after they can be observed from the southwestern United States where many observatories are concentrated. 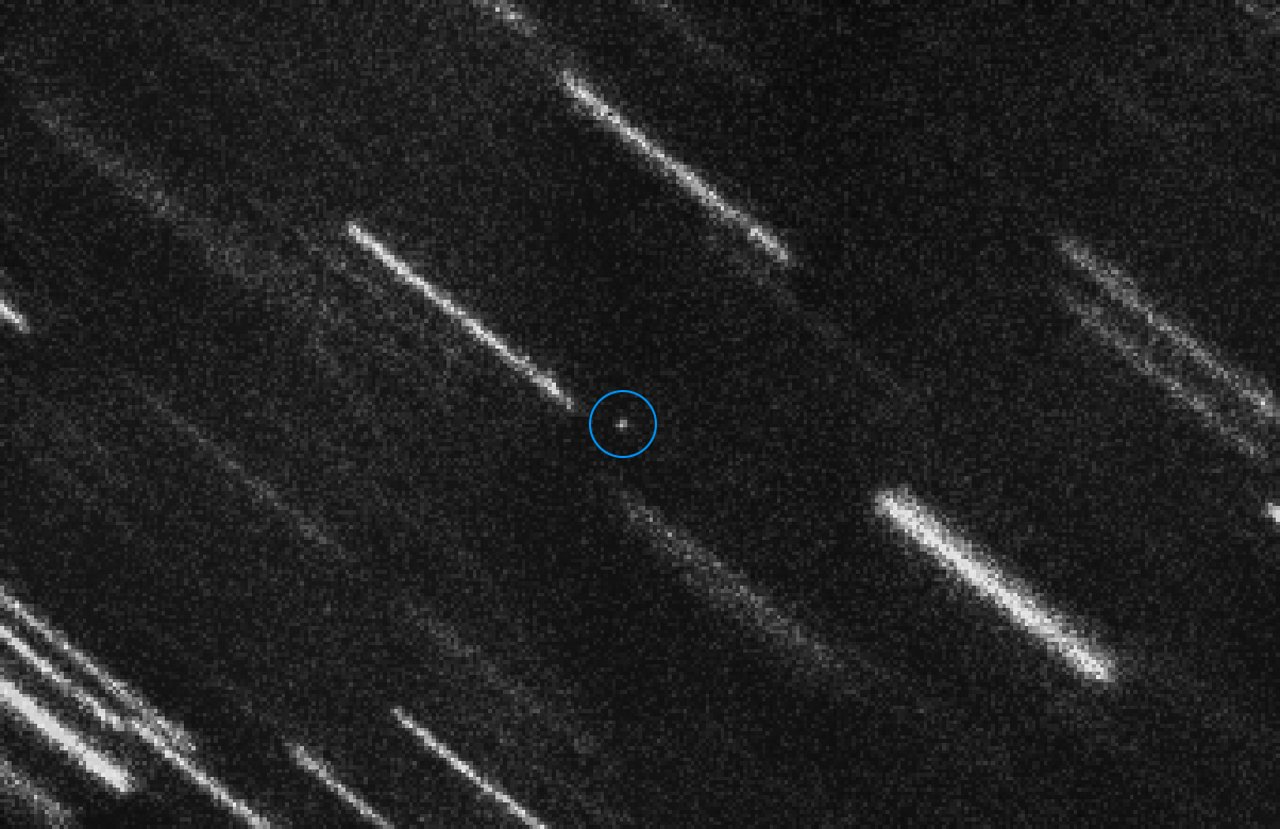 The European Southern Observatory (ESO) operates telescopes at Cerro Paranal in Chile (code 309) under some of the best skies in the world. Telescopes here have the distinction of providing the faintest ground-based observation of an NEO with the recovery of 2012 TC4 at magnitude V ~ 27!

David Tholen (University of Hawaii) uses observatories 568, T12 and T14 atop Mauna Kea to target very faint NEOs out of the reach of almost all other observers. This program tends to concentrate efforts on NEOs with nonzero collision probabilities.

Las Cumbres Observatory is a network of meter-class observatories distributed around the globe. Tim Lister leads an extensive follow-up program for newly-discovered NEOs with the network. The latitude and longitude of the observatories, as well as the large size of the telescopes, makes them ideal follow-up stations. (These telescopes include codes K91, K92, K93; W86 and W85; V37 etc.)

Eileen Ryan, Director of Magdalena Ride Observatory (H01), operates a large telescope a few hundred kilometers to the east of the main Arizona search teams. This telescope is ideally suited for faint follow-up, and also the longitude allows MRO to target objects before they can be seen by the Arizona telescopes and thus reducing their follow-up load for the evening. Further, observing NEO discoveries from the main survey teams as they are setting in the west allows for more accurate initial orbits.

Peter Birtwhistle operates Great Shefford Observatory (J95) in the UK. He has been producing excellent and necessary astrometric follow-up for over a decade, using modestly-sized equipment in an observing site not known for good conditions! Again, the longitude of this observatory helps it provide critical follow-up as there are simply no other facilities performing this work nearby. 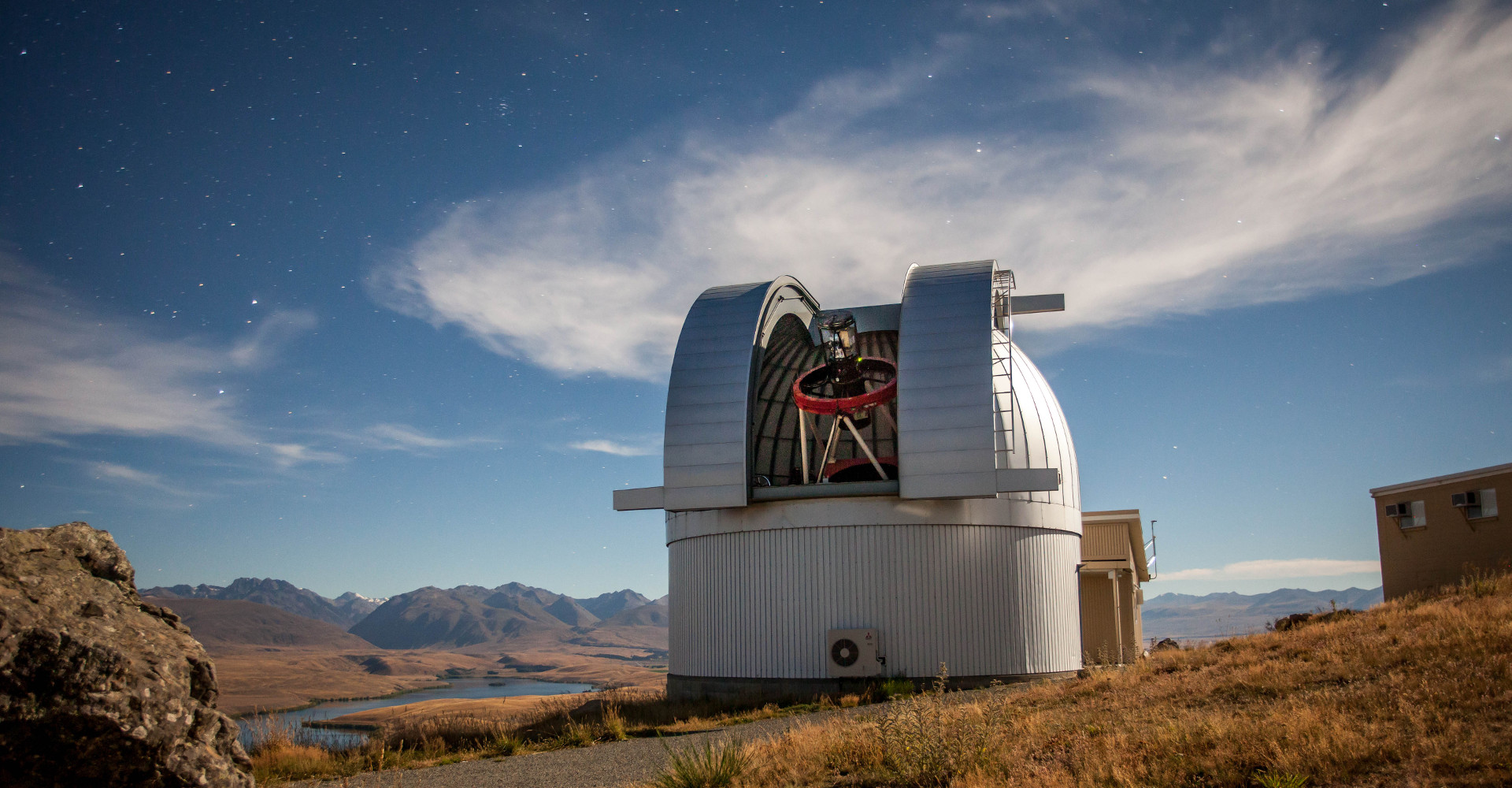 Mt. John Observatory (code 474, operated by Pam Kilmartin and Alan Gilmore)) near Lake Tekapo, New Zealand, operates a 1 meter telescope under good skies and provides critical follow-up of objects from the southern hemisphere. The latitude and longitude of the observatory are an asset to the observing network, and allow Mt. John to provide needed follow-up of objects either discovered from the south, or objects that end their observing windows at southern latitudes.

Michael Schwartz (Tenagra, code 926) is another member of the amateur-turned-professional observing club. Tenegra Observatories operates 2 telescopes aimed mostly at recovering NEOs not seen in years. The observatory is in southeastern Arizona, near other stations, but provides critical follow-up by avoiding objects these observatories are targeting nightly. This highly automated system also operates via script without the presence of an observer in the dome during the night.

Code 033 (Karl Schwarzchild Observatory in Tautenburg, Germany) has recently begun follow-up observing mainly in support of targets on the MPC'S NEO Confirmation Page. This observatory houses the largest Schmidt Telescope in the world, and in the past discovered quite a few main-belt asteroids photographically.

Rounding out our list are two observatories in Italy: Schiaparelli Observatory (code 204), with the NEO effort there run by Luca Buzzi and Castelmartini (MPC 160) operated by Enrico Prosperi. These two separate observatories have been long-time contributors to NEO and comet follow-up. Their separation in longitude and latitude from other follow-up stations allows them to target objects discovered by the American survey teams before they are observable on a second night in the United States.

This is but a short list of many observers worldwide contributing to follow-up of NEOs in order to improve orbital calculations. Without the dedicated group of observers, physical observations and impact predictions could not be carried out successfully. The level of international cooperation, and the geographic distribution makes these follow-up teams an essential part of the NEO discovery and impact monitoring effort.